Farmers grow food for people and animals to eat the produce. Many vegetations have seeds in which we can eat without having the need to grow them in the first place. Although tasty eats like Chia seeds are already known to many people, it’s quite unheard of to consume marijuana seeds. Most people (some found in marijuana communities) mainly think that these seeds are meant for growing. After reading through the content found on this page, you may even ask yourself, “how to get marijuana seeds?”

Some people might find it absurd but acquiring marijuana seeds does promote numerous benefits and we’re not just talking about growing them. In fact, consuming the seeds present us with a number of nutritional components beneficial for our health.

Marijuana Seeds and Its Uses

Before we proceed to learn about the nutritional benefits of marijuana seeds, let’s get something out of the way first. The collective terms are known as “marijuana seeds” refers to by many as cannabis seeds in general. You may find content about hemp seeds and may wonder if there’s any significant difference between those items and cannabis seeds.

There’s no real difference between hemp and cannabis seeds regarding producing high THC marijuana strains. Still, if you look at medical resources, you’ll see large differences in terms of the medicinal potentials between the seeds and the actual marijuana plant.

Most of the nutrients found in marijuana plants come from active cannabinoids, specifically from CBD and THC. Since marijuana seeds don’t have cannabinoids in the first place, they don’t serve plenty of purposes for medicinal or therapeutic purposes. However, even though they lack in therapeutic elements, they cover more than enough in the lines of giving general health and nutritional benefits to consumers.

Marijuana seeds have rich omega acid and protein content as an example. Furthermore, it offers a significant amount of nutritional benefits that some reports even claim to be second to none when looking at plant-derived foods. Some grocery stores and certain retailers even classify marijuana seeds as “nutritional supplements.” Some would even separate marijuana seeds from other cannabis-based products.

If we look at the term protein, what immediately pops into mind? Most people would immediately think about eating pork, chicken, beef, or other meat products containing protein. Do know that nutritionists will tell you that plant-based proteins keep the body healthier than consuming the nutrient found in meat.

Plant-based proteins are easier to digest as compared to acquiring the nutrient from animal-based food products. According to Nicole Richter, a study conducted by the Massachusetts General Hospital observed more than 130,000 people in a 30-year period. The report concluded with a large percentage of the consumed plant-based products have significantly lower death rates as compared to meat-eaters. It also mentioned that about every 3% increase in plant-based protein intake will result in a 10% reduction of the risk of death.

So where does marijuana seeds fit into this picture? These seeds are one of the best sources of plant-based protein you can find. There was even a time when farmers used to “mash” cannabis seeds to feed to their livestock (before laws became stricter regarding the use and consumption of marijuana-based products).

Omega fatty acids are a vital component of overall organ health. These compounds are also essential for whole-body wellness. Our human bodies don’t normally produce Omega fatty acids such as Omega 3 and 6. Hence, we require sustenance from outside sources. Some reports would even describe marijuana seeds to have an abundance of these essential fatty acids more than Chia seeds, flax seeds, and walnuts.

Marijuana seed consumers can consume these products for weight gain or loss. Overweight people looking to gain an extra edge in losing pounds can look to marijuana seeds for additional help. It’s an excellent way to start the day healthy and full of energy.

Consuming these seeds will help in giving the body a plethora of vitamins like vitamin E. People can also acquire a number of minerals like potassium, calcium, iron, magnesium, zinc, and protein from eating marijuana seeds. On the other hand, consumers who would like to gain additional pounds can look to marijuana seed consumption for these exact nutritional traits.

Very Good for the Heart

We already know that marijuana seeds are rich in Omega fatty acid content. However, this nutritional benefit helps in the reduction of blood pressure which would ultimately lead to lowering risks of blood clot formation. Lowering the chances of blood clotting in our bodies will also reduce the risk of strokes. Ultimately, this leads to an increase in the body’s overall cardiovascular function.

Furthermore, marijuana seeds contain arginine and it causes blood vessels to dilate and relax. It aids in lowering blood pressure while reducing the risks of heart attacks. Lastly, the gamma-linoleic acid content found in these seeds is found to reduce certain proteins that may result in inflammation, especially those found around cardiovascular tissue and the heart.

When you consider the other nutritional benefits we’ve already mentioned, the consumption of marijuana seeds can significantly boost disease prevention. It can also enhance the overall general health and wellness.

The benefit of improving one’s cardiovascular well-being also promotes a slew of other advantages. For instance, introducing marijuana seeds to your diet can assist in the reduction of risks of Alzheimer’s disease and dementia. Furthermore, it contains every amino acid needed for human survival.

How to Get Marijuana Seeds?

I imagine you’ve read through all the nutritional goodness found in marijuana seeds. Perhaps your next step is to find out how you can acquire them. You can buy these seeds from online or offline retailers. However, there are some things to consider before you pull out money from your wallet.

First, always check with your local government if it’s okay to have marijuana seeds delivered to your address. Some locations have strict rules regarding the purchase and delivery of cannabis-based products. Once your package reaches borders and local customs see that there are marijuana seeds inside then they might seize your package. Yes, your package may get taken away. Yet, there’s a significantly small chance of you getting prosecuted. This is just because you ordered marijuana seeds from an online source.

On the other hand, there are some areas with local marijuana seed banks. Check your location if you have one and pay the retailer a visit. Once there, you can ask the staff if they have the seeds for the strain you require.

With all of its nutritional information. Some would even say that it’s the most nutritionally complete plant-based food source in the world.  After reading the content on this page, we hope that we’ve answered your question. Especially, regarding the nutritional value of marijuana seeds and how to get marijuana seeds. 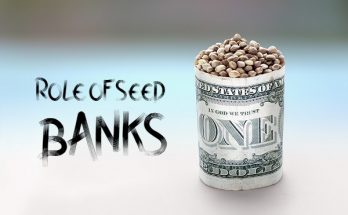 The Role of Seed Banks to the World 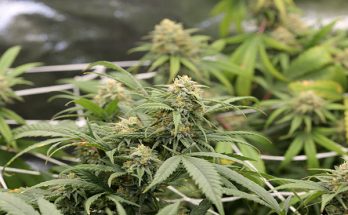 Is it Illegal to Buy Cannabis Seeds Online?

Flushing Marijuana Plants Before the Harvest for Guaranteed Best Outcome

Choosing the Best Cannabis Strains to Help You Calm