How to Trim your Marijuana Plants | Marijuana-Seeds-Cannabis.com
Skip to content 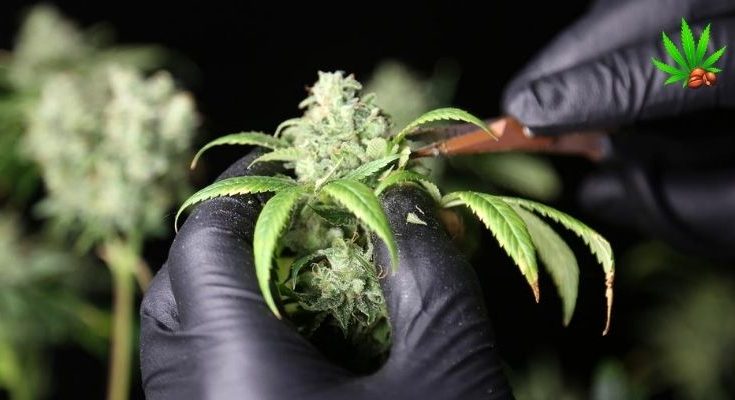 How to trim marijuana plants?

How to trim marijuana plants? Grab a pair of trimming shears, commonly they are Fiskars or Chikamasa, for fast work on leaves and small branches. Keep extra pain that can cut bigger branches. Keep your scissors sharp and make clean cuts, because this would keep the plants healthy and prevent damage and infections.

In days after trimming, your marijuana plants must go through a burst of growth and the open space would allow additional light to get to the plants.

When to Trim Marijuana Plants?

When to Trim Marijuana Plants? If you’re growing Cannabis Sativa Plants, start trimming them on their second week of the vegetative stage. Indica cannabis plants grow a little bit slower, so trimming could start around the third week of their vegetative stage. When you start trimming, you could continue up until the second week of the plant’s flowering stage. And after this period, the marijuana plants would stop growing and would put their whole effort into flower development. If you trim your cannabis plant after the second week, your plants might spend all their energy on recovering instead of flower development.

How to Trim Marijuana Plants While Growing?

How to trim marijuana plants while growing? You have to make sure that the part of your cannabis plant that you want to trim is above where you’re cutting, and that there are some small branches on it. And also you need to leave a knot above the spot where you trim so that once you plant it again you could plant it deep up to the knot because that is where the roots would be coming out. Take off the little branch from the know where we will be burying your plant, and make sure that you trim it at a 45º angle, and then you must place it straight into some jiffy, rock wool, or whatever you want to bury it.

How to Trim Marijuana Plants During Flowering?

How to trim marijuana plants during flowering? Well, it’s not gonna happen! Don’t trim during the flowering stage. Once a plant is hurt, it produces a hormonal address, including the growing inhibitor known as “jasmonic acid”. Once this acid is released, your marijuana plant will start to focus on defense instead of growing. It’s possible that this defense mechanism would eliminate the production of flowers completely or health the growth.

What to Look for When Trimming?

The high-quality bud grows where the plant receives a lot of airflow and sunlight, specifically on the top of the plant. You would want to remove:

A cannabis plant is small enough that most of the leaves would receive a lot of sunlight. Start trimming your plants when they start to take a bushy shape and top them to encourage this bushy growth. As the marijuana plant grows and bushes out, it will begin to take a shape and settle the canopy. This would give you a sense of where the quality buds would grow so that you could start trimming away the unwanted areas of the plant.

In your next trimming activity, it’s easy to overdo it and end up harming your plant. In some instances, it is simply a case of removing some THC-rich leaves early to enjoy your marijuana crop before harvesting. Even though it is understandable, you’re overthrowing your hard work just because the most strong and delicious cannabis isn’t available until it is harvested. Remember, whether the branches are coming from the basal stem of a leaf. If there is, don’t cut that leaf off! And also, do not strip a stalk or brank of all its leaves. Ensure you water your cannabis plant after trimming to reduce shock and stimulate growth. Most growers’ distress at the thought of removing the leaves early. This is because leaves are trimmed once the plant is less than 12 weeks old containing a minimum THC content. It’s just a waste, but in the broad view, you’re doing it to maximize the yield. At the end of the day. There’s no guarantee of success when growing or trimming your marijuana plants. There would be a time when you carefully tend to a plant for months, and would still give a disappointing yield. But, it is not likely to happen.

7 Tips for Pruning Your Plants

You could mix some of the lower branches together with their attached leaves when the cannabis plant is small but in a vegetative state. There is nothing wrong with leaving those specific branches on the plant, but, when the flowering time of the plant starts, then it will not produce a lot. This little activity will also allow the plant to focus more on the ultimately more productive and taller branches. This would increase the growth in the meantime and could possibly increase yield towards the end of your plant’s life cycle. This is contradicting from defoliation, which is done during the flowering stage.

It is important to take precautions when cutting the branches, especially once the plants are young, as you can cause disease to your cannabis plant, or cause unwanted trauma. Don’t use serrated blades or dull scissors, and especially don’t rip the small branches off with your hands. The last thing you want to do is give trauma to your plant at such a young age. A clean snip and some sharp scissors would do the trick.

It is obvious that the plants get bigger, as the plant ages. The upper leaves would begin to fill out and make a canopy above the lower area of the plant. Unluckily for the lower end of the cannabis plant, those leaves would all die as the outcome of not getting enough light. Cutting them off even before they begin to turn yellow has almost the same effects as clipping with your fingernails. In this case, the upper leaves would benefit from the lower leaves. Detaching leaves that aren’t already dying is definitely defoliation, and that could cause damage to the plant if not done properly. Stick to the leaves that are already dying, for the least amount of risk.

Sometimes the plants grow vertical when you’re growing indoors. Trimming can treat that situation without causing any damage. If you are growing cannabis outdoors, your plant would have more room to grow. While that is beneficial to some degree, it could get you caught. The bigger the plants the naturally easier to see instead of smaller plants, and towering outdoors cannabis plants are a way for disaster. Trim your cannabis plants so that they stay in your space requirement.

Topping could increase your yield. While it may seem unreasonable to sniff of the largest branch, it could make a substantial difference. The biggest branch of colas have a chemical in them that restricts the growth of the lower branches, and once you cut it off, it enables the rest of the plant to survive. The bigger branches are also strong, making them perfect for a test smoke.

You don’t want to start pushing the cannabis plant into the flowering stage instantly after you have topped the plant. Give the plant some time to recover. Trimming the bigger branch late in the vegetative stage isn’t like trimming a small branch or few shoots early on. The leaves and the lower branches would slowly begin to work their way up to fill the vacancy left by the top branch. You could begin pushing the plant to flower, after 4 to 5 days, at which point you must harvest with a much higher yield for all of your efforts. When the plant is fully grown you would need to begin thinking about harvesting.

When the cannabis plants start to flower, it is really a bad idea to trim anything else. And of course, if there are some unproductive branches or dead leaves, you may be able to get away with it. However, any extensive trimming during the flowering stage is not good. The cannabis plants are already growing fast, and any extensive trimming to the plant would just shock it. Once the defoliation happens, but only during the first part of the flowering stage. You must also not trim autoflowering plants. Once done properly, trimming could increase your yield. But, you don’t always need scissors to restore your plant’s growth. Some cannabis growers might prefer to grow more branches with the advanced technique of monster cropping. Others might prefer some low-stressing training. There is a technique for every grower, don’t be scared to try. 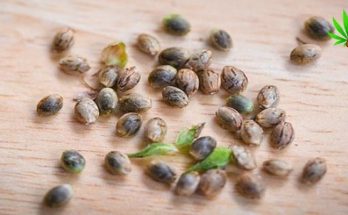 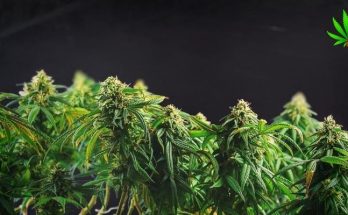 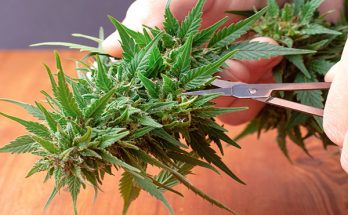