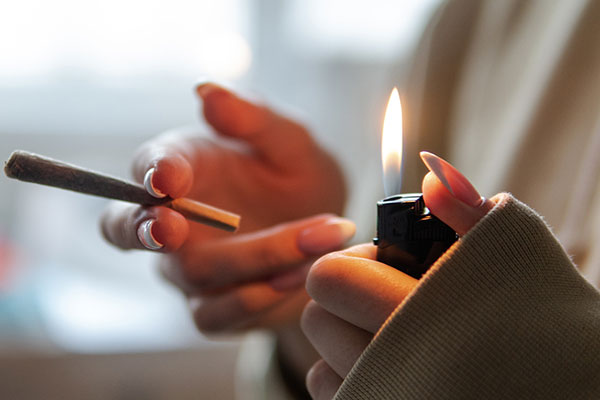 Marijuana is considered as the oldest cultivated plant. It naturally thrives in the wild but humans have brought it with them wherever they went as a natural remedy for human illnesses such as pain and inflammation. It is only natural for humans to put matters or survival, self-preservation, and well-being on top of their list and this is the reason why marijuana or cannabis have been known to have been used in many different ancient civilizations.

Despite reforms in marijuana laws, unfortunately, in the United States which has been a model for other countries in terms of culture and legislation, marijuana got a bad reputation and was even criminalized despite its merit as a time-tested natural medicine. Other countries followed this American example in marijuana legislation. Criminalization of marijuana or cannabis began in the early 1900s with racial undertones that targeted Mexican migrants who traditionally smoke marijuana instead of tobacco.

To get public sympathy for the nationwide crackdown on cannabis through what is known as The Poison Act of 1907, cannabis was named as loco-weed that makes its users lose mental capacity, according to the marijuana prohibitionists, that leads its users to do criminal acts.

Since then, very little research was done on the medical applications of marijuana despite having thousands of years of use by earlier civilizations. Research and development were done for chemical drugs instead which are being funded by large pharmaceutical companies that can lobby political support. Marijuana is now being considered a dangerous drug that is in line with crystal meth, heroin, and others whose mere possession would land you jail time.

But now, due to the discovery of many different diseases that could not be cured by chemical drugs, scientists and researchers are finally looking into the therapeutic applications of marijuana which led to reforms in the cannabis laws of many different countries, states, and territories. Canada, the United States, and other countries are now looking into the medicinal potential of cannabis seeds, plants, and other marijuana-derived products as a cure.

But how does marijuana or cannabis affect our bodies? How does the body respond to marijuana?

The reason why marijuana was called the ‘loco-weed’ is due to its psychoactive effects on the brain that gives the users the experience of being high or stoned which is a state of being elated, relaxed, or sleepy. This psychoactive effect is caused by the cannabinoids that are found in the marijuana which enters the body when it is ingested or smoked.

Our bodies respond to our surroundings. Whenever we are exposed to something, such as heat, pain, stress, pleasure, or mere passage of time during the day, our bodies produce endocannabinoids. The endocannabinoid system responds to every kind of experience our body goes through by receiving the endocannabinoid that is released by our bodies as a form of coping mechanism.

According to Dr. Ruth Ross, a neuropharmacological expert, the endocannabinoid system is composed of receptors that receive endocannabinoids that are released by the body whenever a stimulus occurs and this reception triggers a response. Our bodies produce endocannabinoids naturally to different events such as stress, exercise, time of the day. Our endocannabinoid systems fire up and our bodies respond to accordingly by producing pain relief whenever it feels pain or by inducing sleep when the evening comes or simply by the passage of time even if we are in another country and the sun does not set yet.

The endocannabinoid system in our bodies naturally exists in our bodies since birth even in those who were not exposed to marijuana.

When cannabis is introduced through our bodies, THC and CBD induces the same response in our bodies such as those of pain relief and relief to symptoms of different diseases. Appetite and anxiety relief are also exhibited in a person after his or her consumption of a significant dosage of either THC or CBD. Cannabis contains cannabinoids that fire up the endocannabinoid system by mimicking the endocannabinoids that the ECS receives through its receptors.

ADVERSE EFFECTS TO OUR BODIES

Sometimes, THC disrupts the endocannabinoid system too by inducing an effect other than what is experienced by the body. This happens when stress relief chemicals in the body known as cortisol is released because our ECS received THC in its receptors despite not receiving external stress stimulus. This happens because the endocannabinoid receiver is disrupted into thinking that the body is feeling stressed, so it releases stress-relief chemicals.

This disruption is not the same as the natural body reaction because natural cannabinoids in our bodies are produced at the right impulse, time and place whereas THC is synthetic and unnatural. This unnatural triggering of endocannabinoid receptors leads to what neuroscientists call as downregulation when the receptors seek to be triggered only by THC which leads to marijuana dependence.

This makes marijuana dependents happy when they are high and yet they could still get anxious and get acute psychosis, schizophrenia, and other undesirable effects in the body due to marijuana abuse.
CBD or cannabidiol, on the other hand, is being looked more into its therapeutic use and its users have lower chances of dependency because it is not psychoactive as THC. CBD, when naturally found with THC could also contraindicate the psychoactive effects of THC. Fortunately, many high-CBD marijuana varieties have very little THC content that makes them ideal for therapeutic use.

Both THC and CBD, however, are known to increase heart rate which makes them contraindicate blood-thinning medications that are used by those who have high blood pressure or heart conditions. THC and CBD also both have the stoning effect or some narcotic effect that makes the user sleepy which will worsen the sleepiness of people who are already taking barbiturates or sleeping pills. Using marijuana during working hours or during times when one is expected to be at his or her peak motor performance such as during driving or during the operation of tools and equipment is also not recommended.

THERAPEUTIC USE OF MARIJUANA

Marijuana that is particularly used for medicinal or therapeutic purposes is called medical marijuana. Medical marijuana is that which is rich in CBD instead of THC. According to Dr. Zachary Walsh, an Associate Professor at the University of British Columbia Department of Psychology, medical marijuana is used for three primary reasons, to induce sleep, relieve pain, and reduce anxiety.

Sleep and relaxation are the primary effects of marijuana particularly of its THC and CBD content because it relaxes the body by interacting with our endocannabinoid system. This reaction with our ECS is also responsible for the triggering of pain relief and the reduction of anxiety.

Studies show that medical marijuana users who use at least four times or more are less anxious and get more sleep and worry less. Due to this, the US Department of Health and Human Services or HHS allowed the clinical trial of the use of cannabis for the treatment of post-traumatic stress disorder or PTSD, which is one of the severest kinds of anxieties. Scientists found out that there is a concentration of endocannabinoid system in the Amygdala, the part of the brain that processes anxiety and fear which makes them confident that medical marijuana will help those who suffer from PTSD and other forms of anxiety disorder.

The therapeutic or medical use of marijuana will not replace the chemical medicine that we have used and developed but will rather complement it. Once the popular opinion on marijuana has changed, when studies have been deepened and widened, and when law has been relaxed a bit to allow the use of therapeutic or recreational marijuana, we will have a natural remedy for many human ailments such as pain, anxiety and mental disorders that we have used for thousands of years.

Marijuana will be a very viable option as medicine of choice not only for its potency but also the reduced environmental cost it would bring about because it is perfectly natural and organic compared to the chemical medicine that we have been using for a hundred years already.

The Production of Cannabis Products in Canada 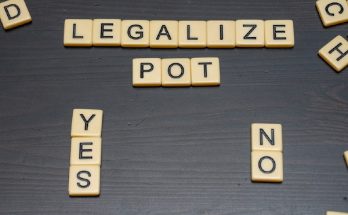 Flush Marijuana Plants Before the Harvest for Guaranteed Best Outcome

How Online Cannabis Sellers Market Their Seeds Over the Internet?